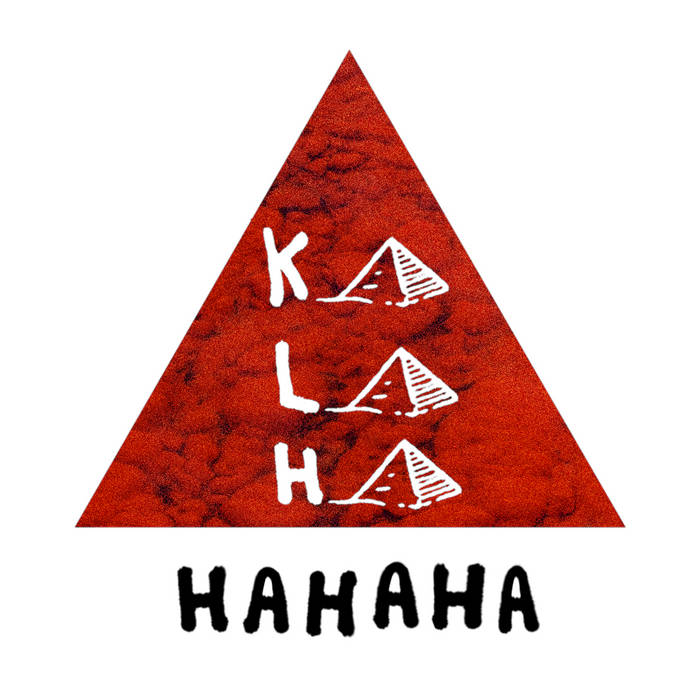 Improvisations in the field between jazz, electronic music and Afro beat – a new Danish quartet release a beautiful, evocative album with an immediate appeal to dance as well as to reflect.

What would the fusion of electronic music, afro and jazz sound like, if interpreted by four very different musicians originating in various areas of the music scene? Two of Danish electronic music's most exciting producers, Rumpistol and Spejderrobot have teamed up with the legendary jazz drummer Emil de Waal and guitarist Niclas Knudsen (Ibrahim Electric) to explore this – the result is Kalaha.

Kalaha quartet was formed in 2013 after an improvised show for the electronic STRØM festival in Copenhagen. The band members had been asked to challenge the field of electronic music and jazz in a live set-up. They are now ready to release the album 'Hahaha', due out on September 1.

The Art of Improvisation

'Hahaha' is based on existing tunes from each group member's back catalogue. Through improvisation and transformation new versions appear.
The album embraces both electronic, jazz and afro beat. It provides an array of original soundscapes with melodic and danceable elements to more dark and introvert listen sequences.

It is a record that will appeal to thoughtfulness and daydreaming in its’ varied paces, rhythm and genres. Spejderrobot’s minimalist opening track sends the listener on to the Arabic inspired 'Allahabad' and the underground anthem, 'K-Sounds' for a trip through Copenhagen below. Everything is added a significant amount of humour, in which each track is based on a subtle or crazy story, a feeling or an experience - stories told in sound.

The album is published by Rump Recordings and recorded live during Strøm festival 2013.

Emil De Waal on drums, sample pad, electronics and percussion.
He has just won a Danish Music Award for Best Jazz Album and has performed live on albums and in television with a large number of Danish and international artists such as Wayne Horvitz (U.S.), Band of Horses (U.S.), David Williams (U.S.), Hanggai (China) and Randi Laubek.

Niclas Knudsen appears on guitars.
With his strong surf, ska & afro beat inspiration Niclas is the natural link between jazz and rock, not only with his trio Ibrahim Electric but also in his collaborations with major artists such as Adam Nussbaum, John Tchicai, Dave Liebman, Billy Preston and Tom Jones....

Spejderrobot appears on Ableton Live and Elektron Mono Machine.
Since his debut in, he has been busy presenting his music in Denmark, Europe and China. In addition, he composes and produces for the theatre and computer games.

Rumpistol appears on synths and effects.
He has been producing genre crossing melodic electronic music since 2003, resulting in lots of releases and remixes. As a solo artist he has performed at festivals and venues all over the world and appeared in various improvised setups and constellations with artists and orchestras.