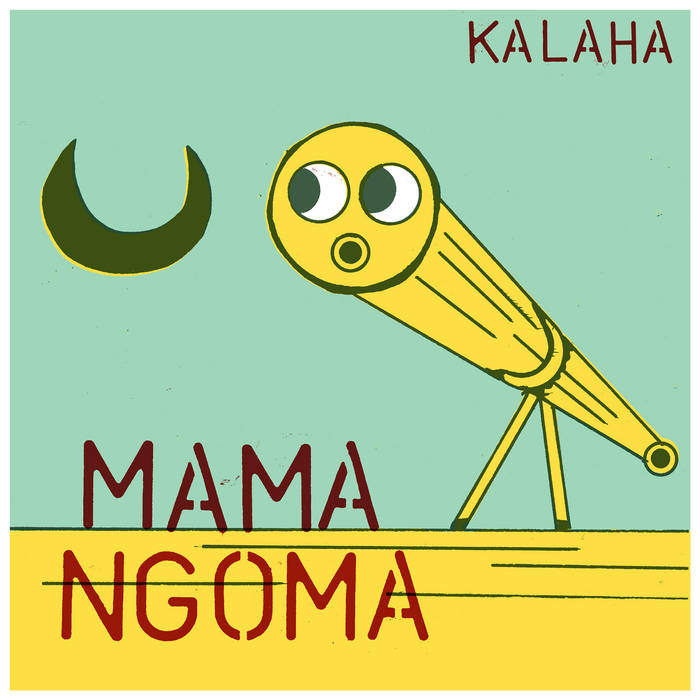 The EP is first and foremost a tribute to West African traditions like Highlife and Afrobeat but mixed with the dance floor appeal of contemporary electronic music.

The backbone of the band comes from the outrageous drumming of Emil de Waal, who's improvisational attitude is known to astound audiences around the world, alongside the finely balanced guitar of Niclas Knudsen, who has been studying and refining African techniques for more than a decade now.

On top of this, the two highly regarded electronic producers and synth wizards, Rumpistol & Spejderrobot, take the band to new musical hemispheres by adding layers through extra-terrestrial synths, analogue effects and spaced out samples.

The electronic aspect of the EP is further expanded with two remixes from NYC-based MALAKAI and Danish rising star Bwoy de Bhajan.

The EP is accompanied by an animated video directed by the group's art director Zven Balslev, and in the spring of 2019 follows an entire album titled 'Mandala'.

The EP kicks off with the catchy and highly danceable 'Mama Ngoma', which combines African mud huts with epic science fiction. We then reach the hypnotic horn attack of 'Cape Star', featuring wonderful guitar work from Knudsen, before the West Coast inspired 'Malaika' leads into an outro that’s like Talking Heads, if David Byrne was replaced by a Speak&Spell computer!

Fourth track and first single 'Dragon Jenny' shows the band in more mellow and reflective territories without losing their groove. The track has already received airplay around the world.

To finish things off we're proud to have the NYC-based producer MALAKAI present his dubsteppy anagram remix of 'Malaika', before rising star Bwoy de Bhajan spoils us with his minimalistic take on 'Cape Star', reminiscent of some of Shackletons earlier percussion-driven work.

The EP has had early support from:
blog features / radioplays fra:

"By bridging gaps across geography, time and style, Kalaha continues to make the music of the future in the present." - The Rust Music (US)

“Truly a genre bending performance in the best way possible, music from the future, a flashing stage, and an absolutely mental drummer” – Pouledor (DE)

Recorded by Kalaha in Valby, Vanløse, Nørrebro, Islands Brygge and various other locations.
Produced and mixed by Spejderrobot and Rumpistol, except 5 (produced by MALAKAI) and 6 (produced by Bwoy de Bhajan).
Mastered by Antony Ryan.
Artwork by Zven Balslev.