← more from
Danish Music & Entertainment
Get fresh music recommendations delivered to your inbox every Friday. 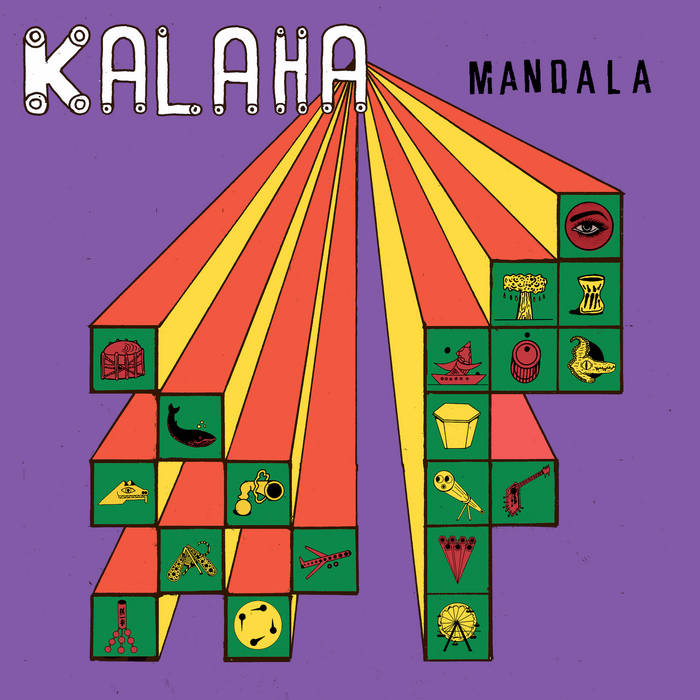 The devil-may-care globalists are back with a boundary-shattering party album.

When Kalaha embark on their musical journey, the sounds crackle, bubble and crunch, so no one really knows if it’s Malinese desert rock played by nomadic tribes of Denmark’s migrating dune Råbjerg Mile, world music from your older brother’s old Amiga or an Iranian wedding party, celebrating a marriage between Daft Punk and Chick Corea – with Ali Farka Touré as the Master of Ceremonies.

In recent years Kalaha have put themselves in the pole position when it comes to total genre boundary demolition, and the group mercilessly merge their personal artistic expression with musical impressions from around the globe. The listener is catapulted through fiercely kaleidoscopic party music; at one moment grooving at an electronic street party and throwing themselves into a euphoric tribal dance the next.
And in the middle of all this partying one senses a pensive approach to the sound of a globalized world. There’s no doubt that Kalaha’s music is the kind that shouts you in the face, commanding you to loosen your tie and join the dance, but when you listen carefully, there’s also a quiet whisper in there, asking you to think of the world as a playground, and you’re invited to join Kalaha in their musical jungle gym.
The view from the top offers a veritable firework display of sound, playfulness and philanthropic electro-ethno-jazz.

The album "Mandala" gives you the sound of Kalaha as we’ve previously heard it on their two preceding albums - the live album “Hahaha” and the Danish Music Award-winning “Masala” – and from the many concerts the band has played all over the world since their debut at the Strøm Festival in 2013, but with the added dimension that Kalaha have invited the whole world in during the recording of “Mandala”. Not just because of the eclectic mix of genres and global inspiration, but also in a literal sense. The album is teeming with guest vocalists and musicians, who, along with the group themselves, raise the roof on the party even further.
Among the guests on the album are Mamadou Sene from Senegal, Music Group NaMu from Korea and Danish-Turkish musicians Orhan Özgür Turan and Hilal Kaya. All the guests help nuance and spice up Kalaha’s sound universe which is already a broad mix of styles and sounds.

This album was made possible with financial support from DJBFA – Composer and Songwriters’ Production Pool and Koda’s Cultural Funds, Danish Conductors Association, The Danish Arts Foundation and Danish Artists Union.