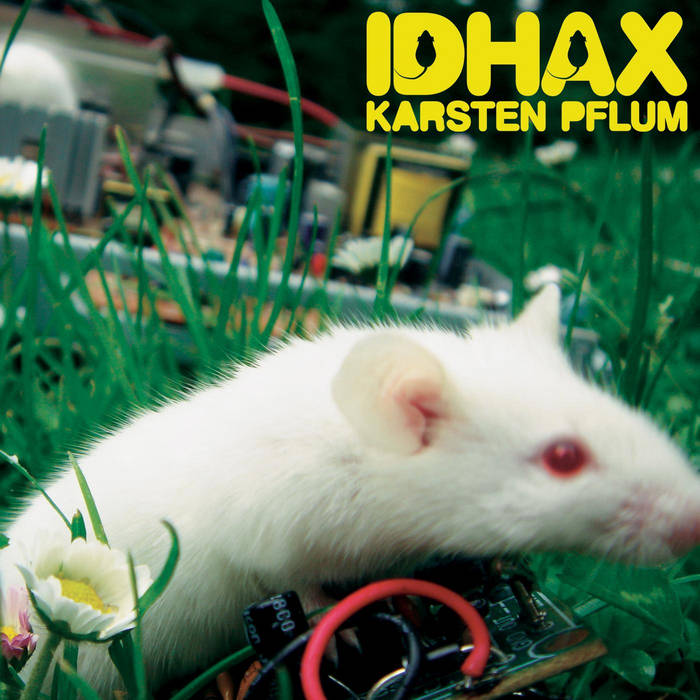 A lot has happened to Karsten Pflum´s sound since his debut “Tracks” on Worm Interface in 2003. The curious playfulness that has characterized his work since the debut has evolved and become less naïve and more sophisticated.
The humoristic anything-goes mentality that characterized 2005´s ”Flugten Fra År 2000” (released on Jenka Music), involving everything from lo-fi softrock to breakbeat mentalism, has been replaced by a more introvert and at times trance-like expression, showing a darker and more soulful side of Karsten Pflum.

As the title suggests this album deals with issues concerning the id - the twists and turns of the manipulated human subconsciousness, as well as alienation and desolation in general.
Where “Flugten Fra År 2000” was created over a span of years, “Idhax” was done in one winter, and the result is by far more homogeneous, focusing on long repetitive sequences dominated by few distinct elements and an extreme attention to the subtle detail.
Being his most “electronic” release to date, “Idhax” shows Karsten Pflum as a creator of twisted yet melodic tracks with an epic quality, exploring the borderland between repetition and rhythmic intricacy.
Through his ultradistinct programming, alluring ambience and low frequency treatment Karsten Pflum brings the minimal compositions to higher grounds, balancing between machine-generated tightness and organic plasticity.

“Impulse 11” starts off with a disharmonic melody, bearing resemblance to classical avant-garde, that quickly evolves when a dry and tight micro-beat kicks in, followed by a heavy sine-bass. The track slowly modulates as the beat and melody constantly change, leading over to a simple 3-note melody, which serves as a sinister and hypnotic epilogue.
“Impulse 9” shares a similar structure but with a more optimistic outlook, while “Draworder” is an abstract piece structured around disquieting cascades of sonic bursts, glitches and explosions.
At first “Fly” seems like the most typical Karsten Pflum tune on the album, but behind the track´s sweet facade of poppy innocence, nausea awaits…

"Karsten Pflum's Idhax is perhaps the closest anyone has travelled near Autechrean soil; digitally balanced (and corrupted) soundwork with definitively cut low-ends that are both intoxicating and all-consuming at the same time." - Pietro Da Sacco/Igloo Magazine (US)