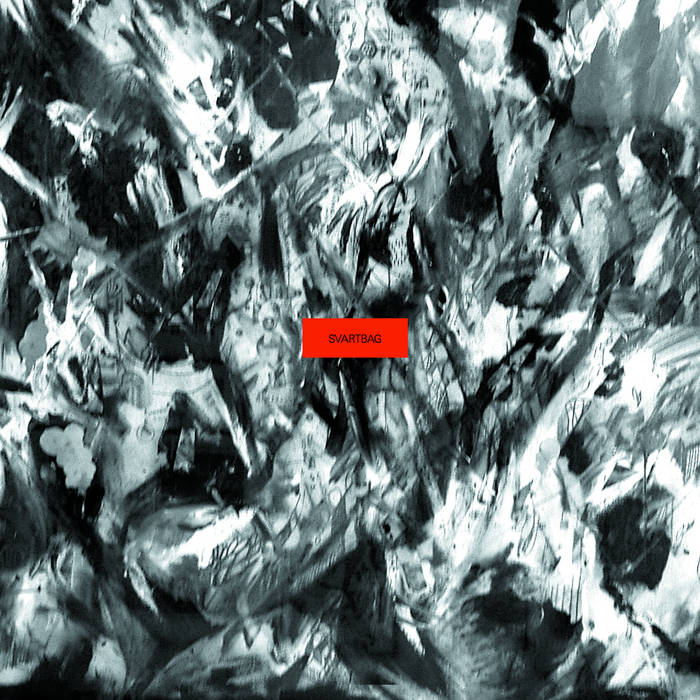 Noise and Silence.
The band Svartbag is an entity full of contradictions. Like its namesake the gull, Svartbag is a free bird, but also a scavenger with a black back. An outsider impelled by an underlying primitive force. A black sheep.
Elements, that on the surface seem violent and indigestible for everyday people are, in the hands of Svartbag, transformed into something oddly fascinating, alluring and soothing.

With the use of guitars, loop-pedals and analogue effects, Svartbag creates a minimalist instrumental music, where generated coincidences are intuitively integrated in a repetitive universe of drones.
The references are clear: kraut-rock (Neu/Can/Popol Vuh), space-rock (Spacemen 3), noise-rock (VU/Sonic Youth), and electronic pioneers like Terry Riley, Brian Eno and Suicide.

In 1996, an ad in a Buy and Sell paper brought the two guitarists, A.REX and Niels Ladefoged together. Under the pretence of composing rocksongs for their band, they spent time in rehearsal exploring their gear, and soon realised that they could generate incredible moods using simple effects.
In 2005, the multi-musician Peter Kyed joined the duo and contributed with a more electronic sound through simple drum programming and sampled real sounds. Occasionally, the trio becomes a quartet when joined by Andreas Hauer-Jensen (Düreforsög/Mit Nye Band/Bleeder Group) on drums, which can be heard on 4 of the albums 5 tracks. Furthermore, Peter Peter (ex-Sort Sol/Bleeder Group) gives a guest performance on the homage to The Factory, 'Billy Name', in which faint voice-overs from some of Andy Warhols sidekicks from the sparkling Factory period at the end of the 1960s, can be heard.

The long tracks and evocative patterns of sound unveil dark and ominous states of mind, which are consistently relieved by confident tones and minimalist melodies.
The two guitars alternate between performing duets and complementing each other, while bass drones, real sounds, and intermittent, jazzy drums and echoes create hypnotic rhythms.

Svartbags debut album has been in development for a long time, not least because of the bands impromptu working method. The band finds their point of departure in the philosophy that the equipment itself knows what it can and will do - which makes it the band's job to pick, refine and arrange the manifestations which are brought about by the equipment itself.

"Into a scene currently brimming over with talent, creativity, and energy, Svartbag has loosed a meteor that's cool on the surface and molten inside, a tightly-coiled machine that effortlessly walks through nearly forty years of avant-garde, druggy minimalism as only people who have lived with these sounds for decades could. Absolutely nobody is doing this sort of thing better right now, and I can only hope they take this show on the road and bring it stateside. Bravo, gentlemen, and thank you for your patience." - The Silent Ballet

"Catchy as a marauding bastard, this lot invaded my brainbox from the moment the CD landed, the ensemble cooking up five deep space meditations that corrode the listener?s living space with the kind of Asmus Tietchens SPAT EUROPA post-Krautrock sound that sets your room swirling. ..it does truly sound as though this lot have been marinating their music for at least five years before pouring out these first five tall glass tumblers, and all the better it sounds for the extra effort they?ve made. Lovely." - Julian Cope, Head Heritage

"Picture the still-smoldering ruins of an incinerated cityscape after nuclear meltdown and you've got the perfect band for the accompanying soundtrack." - Textura

"..an impressive debut." - Whisperin and Hollerin