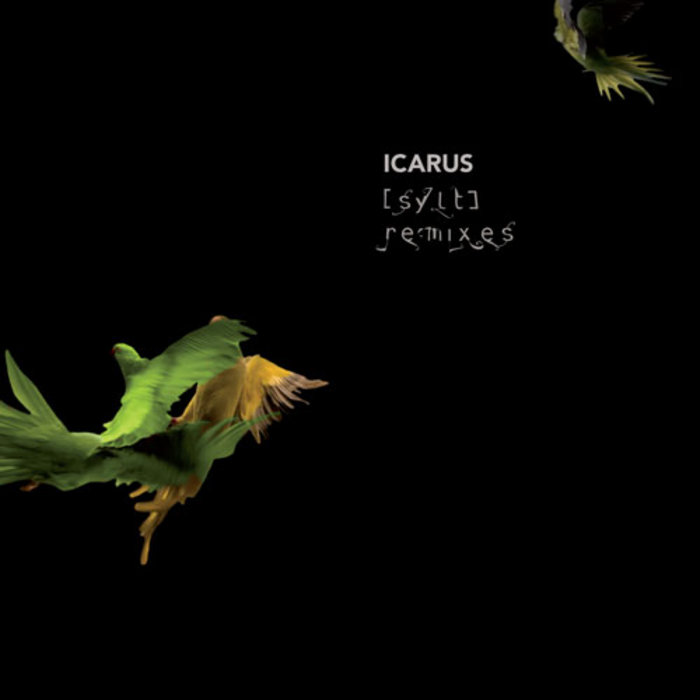 "Sylt Remixes is a consistently challenging record which opens up the already vast sound world of Icarus to entirely new textures." - The Milk Factory (UK)

"Sylt Remixes is a varied collection and (...) you do get your money's worth." - Textura (Canada)

"It's almost impossible to place this album anywhere other than in the 'slightly uneasy listening' bracket. In an age of mass-conformity and mainstream music-by-numbers, such non-conformity can only be a good thing." - Whisperin and Hollerin (UK)

"Overall the listening experience is as invigorating as it is unsettling." - DJ Mag (UK)

Original material written and produced by Ollie Bown and Sam Britton.
Mastered by Will Worsley. Artwork by Alice Scott. Design by Atelier Elephant.

We would like to thank all of the artists who have contributed remixes to this compilation and to Jens and all the Rump Recordings artists for making it possible. These remixes are the first ever of Icarus and have amplified the spirit of the original album 'Sylt', which was also a remix as much as a new departure, reinterpreting elements from previous albums within our live material. It is a great pleasure to hear Icarus further rewired.
Alice Scott created an animation to an early version of the track 'Keet' (which appears on this release as 'Keets'), and the track in fact acquired its title from the subject of the film; the increasing number of bright green squawking parakeets that have slowly taken over London's parks since their release in unknown circumstances [still the subject of much speculation] in the mid 1980s. The tropical birds are now more common than native blackbirds or sparrows and the film imagines a future scenario where the parakeets become as prolific as the common pigeon is today. The film is available to view and download through our website: [www.icarus.nu]